Nocturnal Cyclones is a continuation of AuMAR’s first piece ”Plastic Symbiosis,” which premiered at MoMA Ps1 and has been shown in Chicago at the Rebuild Foundation, Philly at the CeC Center, and LA at Karma; this time they will be channeling ancestral realities using a moth drawn to a flame as inspiration.

As part of their residency, they will fabricate makeshift instruments to be worn on their bodies and produce sounds via contact mics attached to ready-made props. They will also create new gestures centered around the throat using reverb and other effects to play with the voice.

Their week long residency will be spent producing a new body of work consisting of recorded texts, sound, and movements culminating in a video performance piece that will premiere at the end of their stay, on Sunday, November 18. 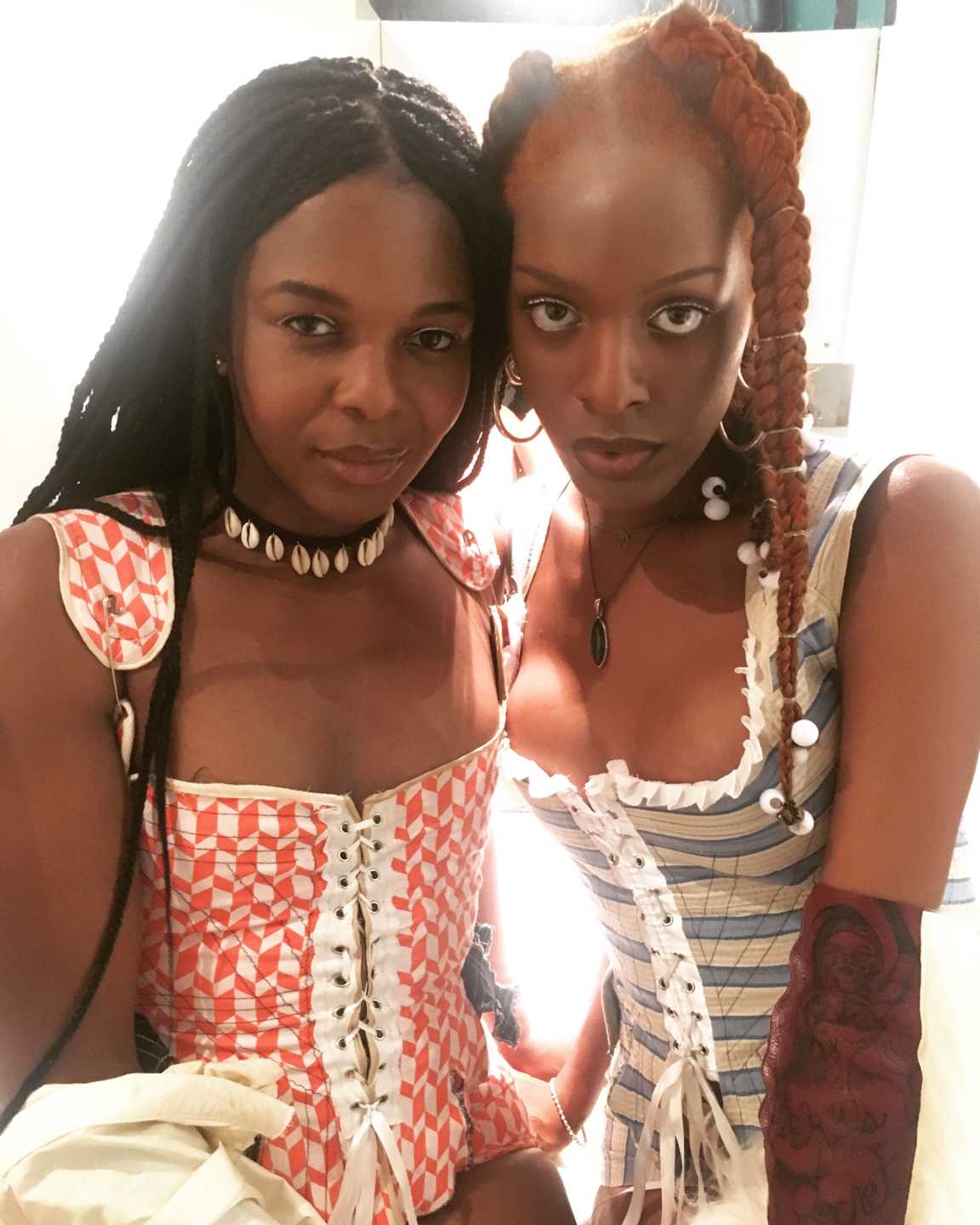 AuMAR is a collaborative duo that interrogates aspects of their material reality through the language of mythbuilding. Their sisterhood is a driving force in all their projects, constantly finding elements out in the natural world that mirror this source of creative energy. Their collaborations blur secular boundaries between the material and the spiritual world, unable to distinguish between either. They reflect on a history that is deeply embedded in their DNA, as descendants of African people whose realities precede gender and identity as colonial constructs. In their excavations, they are simultaneously the archaeologists and the newly found rare fossil, the sacred womb and child, the worker bees and their hive(mind), both the divining wind and breath.