“Soufra’s lasting impression is one of empowerment… the film deftly balances the personalities and culinary creativity with the fundamental matter of day-to-day political struggle.” - Hollywood Reporter

Soufra follows the unlikely and wildly inspirational story of intrepid social entrepreneur, Mariam Shaar – a generational refugee who has spent her entire life in the Burj El Barajneh refugee camp just south of Beirut, Lebanon. The film follows Mariam and a diverse team of fellow refugee women as they set out to change their fate by launching a catering company, “Soufra,” and then expand its reach outside the camp with a food truck business. Together, they heal the wounds of war through the unifying power of food while taking their future into their own hands.

Soufra is part of NAVEL’s SOFRA DAYMEH program. At this screening event, we will announce more information about SOFRA DAYMEH’s expansion into Palestinian-American homes across Los Angeles and the United States this fall. 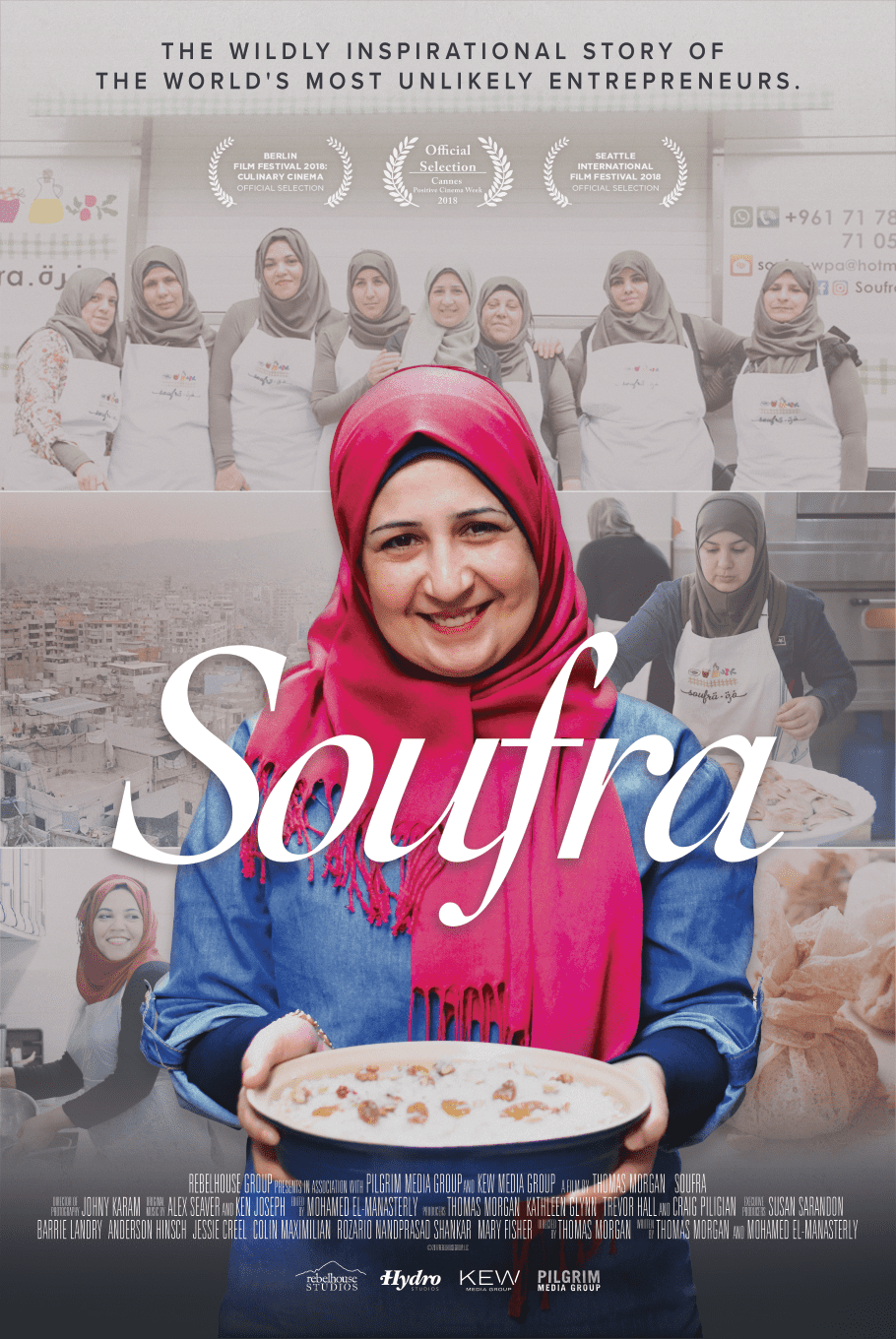 In the refugee camp that Mariam Shaar calls home, more than 6 decades have passed as each generation waits for quality of life and the opportunity to work. Mariam could wait no longer. She found inspiration. Not in politics, or headlines, or the ongoing cease fires and negotiations, but in the simple experience that is shared across a dinner table.

Mariam assembled a group of women eager to work in a kitchen, who collectively believe they have the power to create their own destiny. When I stood in front of them and asked if they would let me into their lives to film them, they looked at me with deep uncertainty. I feared they would decide against it. But, Mariam stood up and signed the release form, and one by one they each signed their name—a powerful affirmation that they were ready to be heard. That moment stayed with me throughout the two years I spent filming them, and with it a huge sense of responsibility to tell their story the best way that I could.

The day before they displayed their food at the local farmer’s market, a suicide bomber targeted a place less than a mile from their camp. They struggled to find any form of transportation just to get the food to the market that day, but luckily found a taxi. With food piled high on their laps, they had to navigate five different security checkpoints between the camp and the market. They arrived late, full of apprehension. They made the best of the circumstances and never complained or made excuses. For me, this day was a clear portrait of their character and the fortitude and courage they muster to face roadblocks every day of their lives.

Soufra gives you a mere taste of the struggle that Mariam and others face to this day. They meet barrier after barrier meant to ‘keep them in their place.’ Many times I thought they would give up. I know I would have. I nervously expected a message of surrender from Mariam as she grew exhausted from every setback. But she pressed on harder each time with the energy and fortitude of a great entrepreneur and with the persistence and patience of someone who is out to change history.

Decolonizing food around the سفره sofra.