Workers are becoming more critical of capitalism, recognizing how it foments social inequality and environmental degradation. Frustration, anger, and despair toward work have historically led to mass actions demanding more rights and better conditions for workers. But what happens to this awareness, and worker discontents, in the world’s wealthiest nations, where efforts at collectivizing were first met with anti-union actions and then with a systematic cultural separation of laborer’s bodies and minds? Our hunch is that the ongoing traditions of organizing, cooperative development, and democratic governance have lots to teach us. But what do they entail in the present? How do we enact them? That’s what we wanted to explore via this ASSEMBLY through the design and implementation of a new kind of “work skills” workshop.

But the world kept changing during this Spring 2020 and we went with it. Though we all had a lot going on the past few months, the ASSEMBLY still felt relevant and valuable. We began with the idea of designing one or more culminating pieces of programming that would help connect live attendees to the themes of labor solidarity and envisioning the post-capitalist workplace. But along the way, we realized what was really valuable was holding space in a regular cadence. In such a space we could process what was going on in the world, explore complex ideas, learn from each other, and reinforce our values in a culture constantly pulling us away from them.

It was freeing (and productive) to not have expectations or constraints and allow work to emerge. We connected our themes to our own lives and works in psychology, design, movement and art-making. We will keep the party going with an ongoing event under the working title Solidarity Club. It’s designed with minimum viable structure but held together with shared values and consistent real-time meetings. What happens next can be as casual/formal, ambitious/lazy or individual/group-directed as we want.

—> Look for info and updates at solidarityclub.org or email colombene@[at]m.me.

This ASSEMBLY grew out of “The Future of Labor” from Fall 2019. 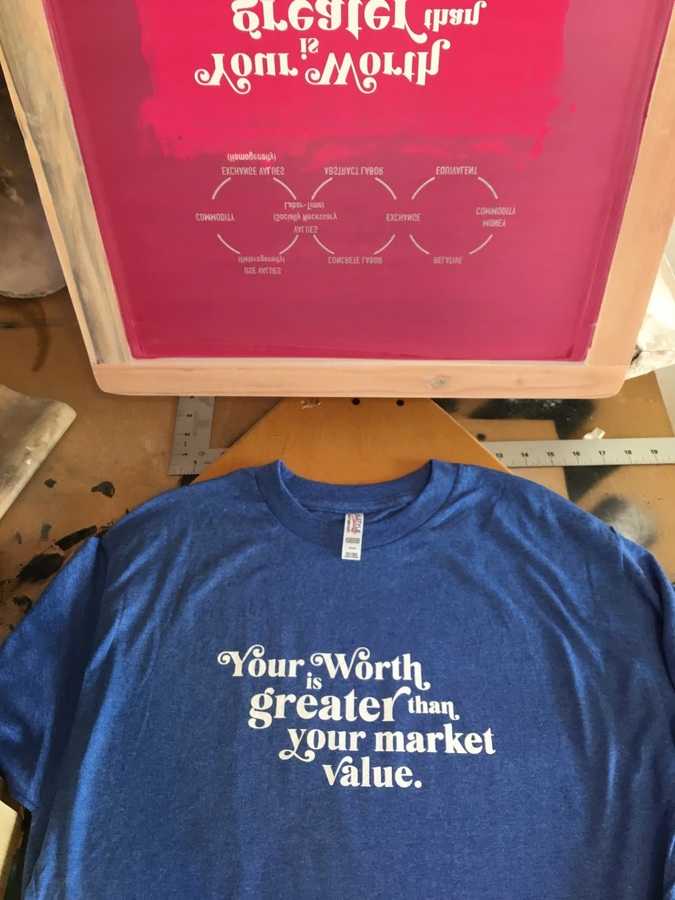 This ASSEMBLY group used their microgrant ($225) to cover the cost of t-shirts, silkscreen and web domain name.

Reflecting on our current and potential future relationship to material to understand how to lead more sustainable, meaningful lives.

What roles do sleep/dreams play in shaping our society and relationships, and how are new technologies changing our relationship to sleep?

Feature Extraction: The Aesthetics and Politics of Algorithms

Looking beyond the norms and stigmas around death.